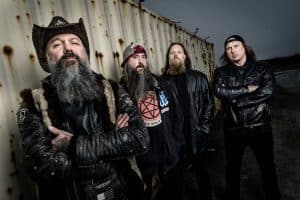 Stick to your guns

Rockzeit: Greetings from rockzeit! Thanks for taking the time to do this interview! You’ve been around for more than 20 years. In the press material you are praised for sticking to your guns and roots and for being loyal and close to your fanbase. Your songs are all relatively short, have you considered writing longer more concept-like numbers?

Tony Julien Jelencovich: No, we have no plans or intentions of writing longer concept songs. But, what happens happens, we are very much oriented in the 90´s genre, and we like ”songs” not long ass stories.

TJJ: I think we already are exploring some more progressive areas, and we feel quite comfortable as it is.

RZ: Do you think you would lose some of your fans?

TJJ: No, we have a concept and we like the parts pretty good as it is, and the main point in our music is groove, and if it has more or less progressive parts does not matter.

RZ: That collaboration with former Kent member Jocke on “Werewolves In The Sink” from your new album, it’s a fabulous track! Tell me how did that come about?

TJJ: No, we have not done any collaboration with Jocke Berg from Kent, but with Jocke Berg from Hardcore Superstar (and you can clearly hear that it is not Jocke from Kent singing on the track).
Jocke Berg ( Hardcore Superstar) has been a huge TL fans since we started the band, and we just felt that this was a right a track to do a duet with me (Tony) and they outcome is pretty great :)

The more weird twisted or stupidly simple the more comic and humor to the vibe :), that´s how we roll.

RZ: I would say, that the new album contains a great bunch of mostly easy attainable action-packed boogie metal tracks, with nice twists, here and there. Tell me, for an example, how did you come up with that 3/4 rhythmic middle section in the number ”Power of the Sloth”?

TJJ: Well, we have on the past albums tried to add these small twists here and there, i think that the basic idea with the middle section was applied by me, and then we all just arranged it together to make it fit.

RZ: Its very odd and ‘annoying’ in a comic sense? 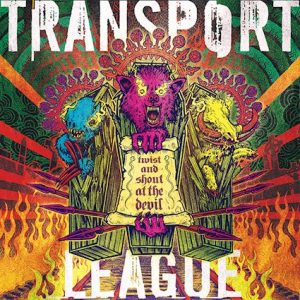 RZ: How do you decide when You’re making new songs that something is appropriate and other things is a bit too comic?

TJJ: The more weird twisted or stupidly simple the more comic and humor to the vibe :), that´s how we roll.

RZ: About your sense of humor: is it a distinctive move away from the somewhat stereotypical metal scene?

RZ: Do you have troubles fitting in the classic metal frame?

RZ: How do you keep the metal/humor balance?

As time goes by…

RZ: Time goes by; Have you as a band changed your recording and touring routines because of aging – or should we say maturing?

TJJ: Well, not really, but at the same time we have to take more things in consideration, but it has not really stopped us from touring.

RZ: Can you keep up with younger bands?

TJJ: Yes, we still can have more energy than some of the younger bands for sure.

RZ: Is it still sex, drugs and Rock n Roll?

TJJ: Always forever till the end of time!

RZ: Could you describe your writing process?

TJJ: It is mainly me or Peter that comes up with riffs or maybe almost whole songs is riffing. We then out em all tighter thru jams in the rehearsal room. It is kind of old-fashioned way, but we like hanging out and writing songs this way.

RZ: What kind of music inspired you as kids?

RZ: What music do you listen to?

RZ: Do you listen to new acts and what other bands can you recommend to your Danish fans?

RZ: How would you describe the development of the music business from when you started as a band and up to now?

RZ: Is it easier or more difficult to exist as a recording and touring band, these days?

TJJ: As an recording artist it is easier to get your stuff published, and to tour could also be easier, dunno, hard to say.. but, you always need money for marketing and good contacts to get on tours as support.

RZ: Apart from the present touring [interviwet blev lavet i slutningen af 2017] , and the gigs next year, what else do you have planned for the future?

TJJ: Well, there are some stuff in the pipe, and we will play the Nordic Noise in Copenhagen on May 12th, stay tuned.

TJJ: We have some ideas that we will complete as songs during this last part of the year, and then start of writing more next year.

RZ: Again, thank you, and good luck on your tour!

TJJ: Thanks for the interview. Cheers Tony J/TL